Payback is something that M.E/C.F.S. patients mention all the time, as a community we know what payback is and we don't need to explain to each other how we are feeling. However, Foggy is all about raising awareness and as it's been a while since I blogged about payback, it's time for another go at explaining what it is!

Payback is what the M.E/C.F.S community call the medical term Post-Exertion Malaise (P.E.M.). It is a key characteristic of our condition. The M.E. Association defines P.E.M. as:


The key diagnostic feature of ME/CFS is the way in which symptoms worsen after activity is increased beyond what the patient can tolerate. Such activity, physical or mental, has a characteristically delayed impact, which may be felt later the same day, the next day or even later. This is followed by a period of relative recovery which may last for days or even weeks. The amount of activity that provokes increased symptoms is related to severity and in some people, can be very modest.

So, that's what it is in medical terms. But, what does it feel like from a human perspective? A bit like the Dementors in Harry Potter books, payback sucks the life out of you.

Personally, I feel like a limp wet rag that has been wrung out and left to dry. I talk like a drunk person because the muscles in my mouth and jaw simply don't work properly and I slur my speech. I ache all over, moving limbs is often an impossible task. On particularly bad payback days, I lay on my bed unable to move my arms and legs due to a kind of paralysis. My brain simply doesn't know where my arms and legs are so the chances of being able to move them aren't THAT high. I've noticed that my mouth droops, possibly because the muscles around my mouth have gone floppy. Another signal that I am going through a payback day is the colour of my skin. I go very white. As if all of my blood has left my body. My freckles stand out like a dot-to-dot. My blood pressure is usually on the floor during payback, usually just on the 'safe' low limit. So far, touch wood, M.E/C.F.S. and payback haven't caused me to faint. That's not the case for many other patients though. 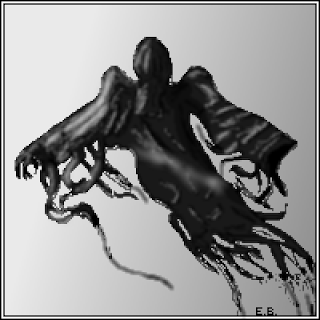 On standard days we feel like we are wading through treacle, it's the same on payback days but we are wading through treacle with 30lb weights on our ankles. I am constantly confused on payback days. My brain is malfunctioning and unlike a computer, I can't just turn it off and on again! I have lost count of the number of times I have stood in the middle of the kitchen not being able to work out how to turn the oven on or establish what the noise was (overflowing tap). Cognitively, I'm a mess on payback days. I don't even attempt to concentrate on tv, magazines, phone calls as it would be a fruitless task. I watch movies I've seen many times before so I don't have to concentrate! It also means I can sleep through most of the film without feeling frustrated. Payback days are usually spent sleeping in bed, it's the only way to ride it out. Fighting it is impossible and attempting to fight back would be pointless.

I tend to say that my own payback hits both the same day, if I have had an energy-sapping morning, and also 48 hours later. My body pays twice-over for using limited energy irresponsibly. My body tells me off by making my M.E worsen significantly. More recently, my payback hasn't hit when anticipated and it has hit 4-5 days after exertion. This is an unexpected pain in the bum as I used to be able to plan my exertion and rest days to manage my 'good and bad days'. This is becoming trickier and trickier to do and my payback is hitting when I should have already gone through payback and recovered.

I've said many times before that M.E/C.F.S. is a unique and individual illness. M.E/C.F.S patients all have their own range of symptoms. Payback causes whatever M.E/C.F.S symptoms you have to worsen significantly. For some that could be pain, nausea or migraines and for others it could be skin rashes, headaches, I.B.S. etc. You get my point.

However, across the board, the 'Dementor' feeling of having the life sucked out applies to the whole M.E/C.F.S community. That is a significant and unwelcome characteristic of payback. It is an all-consuming, miserable invisible cloak of rubbishness.