Hello!
Sally has been really poorly today; I have been giving her lots of cuddles to cheer her up. Patch is being extra clingy today, I think he can sense that she isn't ok. I've let her tell you all about it in this blog...

Hi!
I am suffering with payback a bit more than usual today and, while I have a brief period of clarity, thought I would tell you what it feels like and why it is happening. I am currently experiencing very high levels of work related stress and it is having a massive effect on my M.E. Luckily, I can see the light at the end of the tunnel and this phase will pass soon. Thursday was exceptionally stressful, there were tears and my adrenaline levels were through the roof. As the day went on, the glands in my throat/neck were getting more and more swollen and painful; they slightly affected my speech and ability to swallow. I got home at the end of my shift and rested but I knew the damage had already been done.

Friday (yesterday), I woke up early (5 am) with a sore throat and heavy
sensation in my ear. I felt like
I hadn't slept a wink and as if I had flu. As my work day progressed my throat, neck and glands got more painful and my speech became incredibly slurred; moving my head hurt. When I say I had a sore throat I don't mean the slightly painful to swallow feeling you get with a cold. I mean everything from the back of my head to my chin HURT, the whole of my neck, right down to my 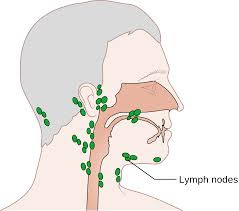 collar bone HURT. The back of my mouth HURT. Add to that the weird sensation in my ear, that feels like I have dead weights inside my inner ear, that makes me want to tilt my head and the dull ache from my ear to my throat and I felt dreadful all day. I rested and relaxed watching the England v Fiji rugby game (YAY we won!) but was exhausted and went to bed the second the game finished.

Remarkably, I felt fine when I woke up today. Bearing in mind that 'fine' for me is feeling like I have mild flu. I woke up early and did a bit of pottering around the house: washing, light housework and a very quick walk with Patch (he is still recovering post-op). My payback still hadn't hit and I thought I would make the most of it. I walked to my local shops and did some grocery shopping. The whole trip took no more than 30 minutes. While I was out and about I felt fine but when I got home.....
5 minutes after getting home I felt as if my blood pressure had completely dropped to zero, I felt faint, dizzy and nauseous. My face had gone deathly white and my freckles stood out like polka dots. I had planned on doing more light housework throughout the day but those plans had to be shelved. I sat in a chair briefly but had an overwhelming need to get horizontal. So, I laid down on my bed with the curtains closed. My light sensitivity had set in. I laid down in the quiet for 20 minutes and waited for the severity to pass. It did - slightly.

Half an hour later my symptoms flared again; being in a horizontal position was urgently needed. Usually being semi-horizontal (propped up with cushions) is horizontal enough but my body couldn't tolerate it today and I had to lie completely flat curled up in a foetal position. I couldn't feel my legs and my arms felt like dead weights. My core felt empty and washed out. I felt so unwell I couldn't move. I had the Ireland v Canada game on (no sound - now had noise sensitivity instead of light!) and managed to catch a few minutes of the game. I couldn't concentrate or focus on anything so dozed sporadically. I laid there, not moving, for 2 hours.

In the past few hours my symptoms have improved but I am still finding it difficult to speak properly and still have a painful sore throat. I hope this blog has managed to convey just how much stress affects M.E. bodies.

Sally xx
Posted by Unknown at 10:33 No comments:

I think it highlights a number of things I have previously discussed since the creation of Foggy.

2. Length of time to get a diagnosis for every significant symptom

Let me set the scene, my M.E. symptoms started with a bout of Labyrinthitis (ear infection). For years afterwards I suffered with dizziness, lack of spatial awareness and balance issues. I had a lot of doctor appointments (GP, specialists) between M.E. diagnosis (2006) and this email (November 2011). It was 5 years from the start of feeling spinny to the Visual Vertigo diagnosis. At no point have I ever been told, by MY doctors, that the Visual Vertigo is a symptom of M.E. However, dizziness/disequilibrium/visual disturbances are known symptoms of M.E. Why was this not picked up on and explained? Blatantly obvious lack of healthcare professional understanding of M.E.
The exercises help, I still have to do them occasionally when symptoms flare up, but they will never 'fix' the problem. Apparently, the exercises help to retrain your brain and rectify the problem of internal miscommunication between brain, ears and eyes. Click the link for a more detailed explanation of the exercises:http://www.ncuh.nhs.uk/for-gps/clinical-information/cawthorne.pdf 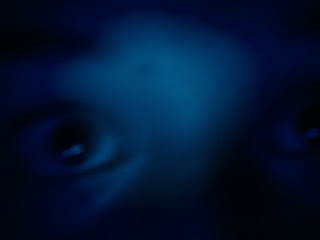 Visual Vertigo is very disconcerting; it has caused me to lose balance thousands of times, sometimes causing me to fall down/up stairs, trip up curbs, bounce off walls etc. The day I was diagnosed, during a hospital appointment, was weird and enlightening. I took my mum with me as I was having issues with concentration and memory; I didn't want to misunderstand any advice received. So, we both went into the specialist's office. He put a contraption over my head which would allow him to watch my eyes as I marched on the spot in darkness (it was like a pair of goggles with night vision, allowing the doctor to see 'in' but I couldn't see 'out'). I believed I was marching on the spot, facing the same direction constantly. I was wrong!! My mum later told me that I did a 180 degree turn and was wobbling all over the place. The doctor explained that my eyes had been moving around frantically, trying to work out where I was, whether I was vertical and trying to stabilise. So, this is the doctor's appointment hinted at in the email.

These symptoms would be difficult for anyone to contend with; a M.E. sufferer doesn't only have one illness/symptom to deal with. We have a number (20+ individual symptoms) to cope with, and adapt to, on a daily basis. It's a constant battle to try and establish what is wrong and why we feel like we do. EVERY DAY.